I’m just now getting the chance to sit down and write a recap of last night’s BelltownPeople Creator Meeting, but I’ve been thinking about it all day with such excitement. For a lack of better words, it was SO FREAKING COOL to be sitting in the basement of the artistic City Hostel Seattle with a bunch of strangers that live in Belltown talking about the great neighborhood that we live in. Each person had a heart for this neighborhood and seemed genuinely excited to be rallying together in this community for the collective good of our neighborhood.

Jesse began the meeting by giving a brief history of BelltownPeople and why we started the blog. 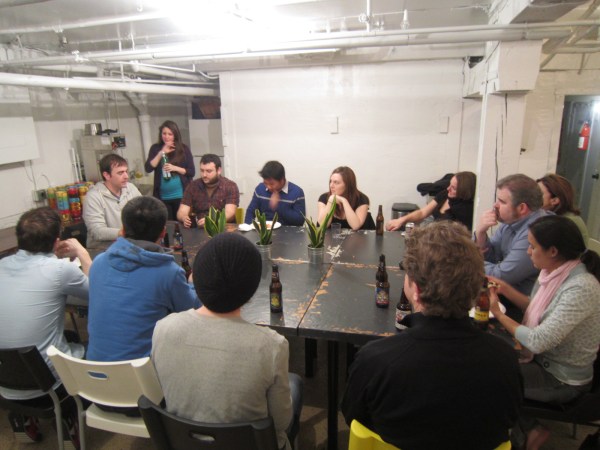 It was three years ago, and we had just moved from Capitol Hill to Belltown. While living in Capitol Hill, we utilized the blog frequently to see what was going on, what places we should check out, and to get a general feel for the neighborhood. We loved the blog and the service that it was to us when we were new residents to the neighborhood. In addition, for the community that it built and the reflection of the culture of the neighborhood that it was. So when we moved to Belltown, we couldn’t find anything really like it at all, besides the monthly publications like the Belltown Messenger that were great, but weren’t the same as a neighborhood “culture creator and reflector” blog. So we started BelltownPeople.com as a way to fill the need that we couldn’t find, and hopefully serve the neighborhood by doing so.

Fast forward a few years, and we’ve realized for a while now that one guy’s opinion (Jesse) is not a great representation of the neighborhood, the readership on this blog has increased to a significant amount, and we really want to continue the vision that we initially had when starting the blog, as a blog by the people for the people about the people. People make up neighborhoods, people start businesses, people all have interesting stories of their lives and we want to share those stories and our lives together in Belltown. One gal at the meeting likened Belltown to the college dorm experience that she never had. She gets a phone call from a friend, walks out of her building to the one next door to meet her friend and then up the block to another friend’s apt or to a local establishment. Another guy had the experience of the whole floor in his apt building being friends and hanging out all of the time, hallway parties were the norm. The point being, we are all existing in this dense neighborhood near Downtown Seattle, our “backyard”  is the city, and it would be awesome to see a more unified neighborhood, to work together for the good of where we live, help businesses to thrive, know our neighbors, and to have a community here bar none. So that is why we were gathering together last night- to press restart and begin on an even playing field with everyone in that room as co-creators/writers on this blog about BelltownPeople.

Jesse then asked everyone what they were passionate about? (writing? photography? community organization? business?)ie: what they want to blog about.

Examples of a few people’s responses were real estate figures (to help people make the decision to move to the neighborhood), to see local businesses thrive and move in to our neighborhood, stories of global visitors to the City Hostel and what they think of Belltown (40k global visitors come through the hostel and thus Belltown each year), a calendar of all of the events going on in Belltown, previews and reviews of businesses, restaurants and bars, photo projects, etc. just to name a few. We then talked about the happy hour, and taking photos recapping all of the fun that we have each month together, in order to get more people involved and coming so that we can meet our neighbors and make new friends and build a sense of community.

We then talked through different story ideas and events that we would love to see go on in Belltown and help to make happen..such as going on the Trader Joe’s website and suggesting our neighborhood as a new location (we hear that they’re currently looking to open 2 new stores in Seattle, and we would love if one of them was in Belltown), Closing down a block and doing a huge potluck or bbq on the streets during the Seattle Night Out. Of course, supporting the Founders Day Festival and really rallying to help it be bigger and better this year.

Jesse then shared his vision for the philanthropic revenue model. 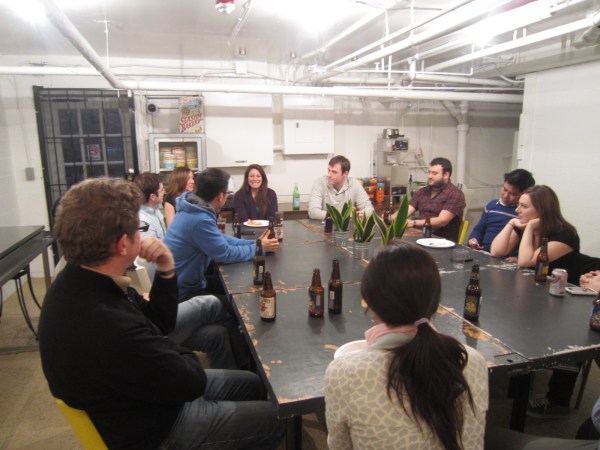 Their is no profit motive for doing this site. We want to offer ad revenue opportunities as a service to the local businesses who would like to promote their business on the site. Any moneys made from ad revenue would be distributed as follows:

We closed up our two hour meeting of eating belltown pizza, enjoying some beers, and brainstorming through ways to serve the neighborhood with a great few words from Lee talking about just the encouraging and huge stuff that had just gone on in this meeting.  A gal commented on the astonishment that she felt that this meeting was a positive, “how can we help”, “what we love about this neighborhood” meeting of people, that was in stark difference to the many meetings that we’ve all been to where everyone complains about something and then nothing is accomplished.

I’ve gotta say, I was encouraged and am so so excited to see what will come of this.  The future of this neighborhood is bright, and the legacy of people caring and being apart of the change that they’d like to see is just beginning. We live in a great neighborhood, and it will only get better.

If you are interested in writing for the blog and being a part of the Belltown People Creators meetings, look for the date/time announced on this site monthly and show up. We look forward to having you.